Home » 7 Most Popular American Flatbread In 2021

Food is really crucial for us; what we are consuming is really vital for our overall development. And when we are talking about foods, American flatbreads are really popular not only in America but also in different parts of the entire globe.

American flatbread is not something that is only flavorful or delicious but also nutritious. Pieces of bread are full of nutrients and fibers. And when it comes to American flatbreads, they are getting better and better every day from the manufacturers’ side.

It is originally a corn American flatbread. For thousands of years, Tortilla is one of the essential bread types, which has been present in Mexican culture. First, it was created from the staple ingredient specifically of indigenous cultures, the ubiquitous corn.

The ancient Mesoamerican people used to use this ingredient. They used to store the corn kernels. And after a few times, they used to process them into masa. Then it was formed into balls and also hand-pressed in order to create the familiar thin and round tortilla.

This particular ancient tradition is there among some native Indian groups. They are excessively trained for perfecting the art of making authentic tortillas.

Similar to a pancake, johnnycake is a cornmeal American flatbread. This food consists of hot milk or water, along with salt and cornmeal. In the Rhode Island area, this is a staple food. And people there have this food all the time of the day.

In breakfast, they are either drizzled with syrup and butter or broken up to combine with sugar and milk. For other meals, they take the place of potatoes or rice. Sometimes they are also served as dessert. There are two theories about the originality of its name.

The word is based on jonakin, which is a word that is derived from another word, jannock. The slaves used to use this word for describing the cake, which was made of Native American Corn. As per the other theory, the word came from the English term journey cake.

It is a Jamaican traditional casanova flatbread. The dough of this American flatbread is often soaked in coconut milk. And after that, baked, steamed, or fried. After the Arawaks, it originated. Arawaks are the island’s original inhabitants.

One can buy this bread usually from the local vendors. It is either served as a breakfast option or as a side accompaniment to fish dishes. Usually, bammies are served with Jamaican steam fish, escovitch fish, and brown stew fish.

Though ploye is often misguidedly addressed as pancakes, in reality, it is a traditional Acadian flatbread. It can not be a pancake because it is not flipped on both sides. This inexpensive and also super easy-to-make American flatbread consists of wheat flour, buckwheat flour, water, and baking powder.

Traditionally it is cooked on only one side and then buttered, drizzled with molasses, maple syrup, or brown sugar. Ploye is often eaten rolled or also sometimes paired with baked beans or fricot, which is a popular chicken stew.

Now this one is a Mexican corn tortilla chips that have a variety of sizes. Totopo is also characterized by several holes in the dough. In the region of Oaxaca, the Zapotec people originated it.

In that particular region, the chips are traditionally baked in comical. It is a particular clay oven. On the basis of their usage, these dry and crispy tortillas are cut into various shapes. The squares can be used for toppings and a dish named Migas.

On the other hand, the large pieces can be used for dips, and the strips are perfect for garnishing, salad, and soups.

On the island of Trinidad, everyone has roti. They not only make it in the morning but also in the afternoon. This American flatbread is very popular on that particular island. But Trinidad is not the place where the journey of roti was started.

Actually, over the years, the inhabitants of this island made their own style. Dhal puri roti is specifically a roti that is cooked in Tawa and also is staffed with ground split peas. Once it is prepared, it is eaten as a sandwich, usually.

It is usually wrapped around potatoes, beef, chicken, curries, or whatever you want to. You can simply customize it as per your preferences. The main ingredients are flour, baking powder, oil, split peas, coriander, garlic, cumin, and salt.

Originated from Arizona, cheese crisp is another popular American flatbread. It is basically a flour tortilla, which is topped with the most basic form of shredded cheese cultures. In a butter-brushed pan, the tortilla is placed and put under a broiler till the time it develops a crisp texture.

In the preparation of cheese crisp, cheeses typically like Monterey Jack, Oaxaca, or Cheddar are used. You will find several numbers of variations. And that is the reason why it also can be topped with a variety of ingredients.

And the list of the toppings has shrimps, bell peppers, jalapeños, cilantro, carne asada, and onions. The main ingredients of Arizona cheese crisp are tortilla, butter, Monterey Jack, or cheddar, and jalapeños.

Yaniqueque or also called yanikeke, is basically a Dominican fried bread that comes with a crunchy and crispy texture. It is usually made with flour, melted butter, baking powder, and salt. With crimped eggs, the dough is rolled into thin circles.

After that, it is fried in hot oil till the time it turns golden brown. Typically this particular American Flatbread is placed on paper towels for soaking the excess oil. One can find it throughout the country, numerous beaches, and streets.

There is also a belief that Yaniqueque is a variation of johnnycake and also was brought to this country by the Afro-Caribbean immigrants in the 19000s. 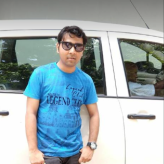 Arnab Das is a passionate blogger who loves to write on different niches like technologies, dating, finance, fashion, travel, and much more.

Is It A Good Time To Invest? Where Should We Invest In 2021